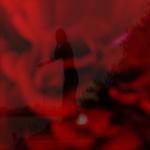 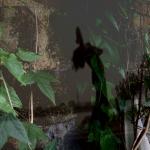 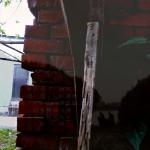 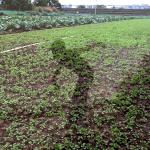 LAND is based on a real story, taking place in Shezi Island (Taipei, Taiwan). The pseudonymous name WǎngLiǎng has been mentioned in "Zhuang Zi" and "HuáiNánZǐ". As said in HuáiNánZǐ, Plankton does not know what to seek while WǎngLiǎng not knowing where to go. There is a dialogue between WǎngLiǎng and shadow in "Zhuang Zi". Shadow depends on the entity and WǎngLiǎng is shadow of shadow.

WǎngLiǎng in LAND was born in 1911. His ancestors came to Taipei (Taiwan) from Fujian(China). He built boats, planted vegetables and shouldered rice in Shezi Island during his lifetime, like most people, believing that those who have lands have wealth. Shezi Island is a sandbar in Taipei, at the intersection of Keelung and Tamsui River, a community where construction is strictly forbidden after 1970. The locals let next generation inherit their hope and wait for policy change. Although WǎngLiǎng never chatted with his granddaughter, She went back to his land after he died many years. The old man planting vegetables does not own her grandfather's land but he invited her into his hut built by a waste container to have tea.

YUNTING TSAI is presently active as a curator, filmmaker, and choreographer in London and Taipei. Before being awarded a MA in Choreography in Middlesex University in London, YunTing was trained at London Contemporary Dance School after studying Chinese Literature and Philosophy at National Taiwan Normal University.