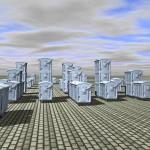 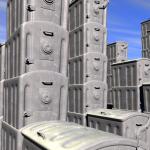 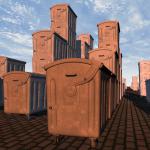 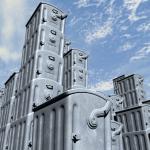 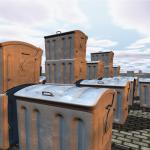 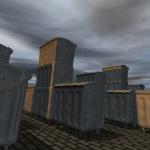 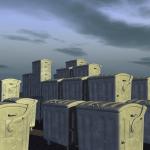 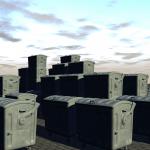 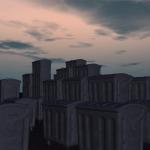 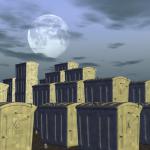 A Biotope (gr. βíος (bíos) "life" and τόπος (tópos) "place") is an area of uniform environmental conditions providing a living place for a specific biological community.

The Biotope project is a large installation project involving the temporary (or permanent) construction of a "city" made of trash containers. This "city" shall have its "streets" and "squares" allowing the visitors not only to look at it but also, to walk in and about it.

The project deals with one of the most serious problems today - the problem with the waste that has already not only pragmatic but cultural and social dimensions as well. The increasing consumption leads to increased environmental pollution. The increased production results from the increased supply - consumption.The consumption has become a bsocial dutyb that should keep the economy going. Consumer society has turned into a waste society.

The message is quite clear: we leave so much waste after us that the place we live in, our Biotope, turn gradually into a dumping ground thus limiting our outlook and our movements.

The coping with the growing amount of waste requires quick and intelligent decisions as well as socially responsible actions and behavior. It would be good if people reflect on these processes and on their personal attitude.

SLAV NEDEV (1967) is an artist born and living in Sofia, Bulgaria. He works as a free artist since 1989 using various media including painting, drawing, installation, digital art. Some of the problems he is focused on are ecological and social issues as well as relationship between man and nature in general. In 2012 he founded Biotope Assn. andB became its President. Since 2011 he is a member of the Board of Directors of Charette b cooperation for design. Since 2010 he has been a consultant at Gaudenz B. Ruf Award for new Bulgarian art. Since 2001 he has been member of Union of the Bulgarian Artists. http://slavnedev.weebly.com, http://biotope.bg/en